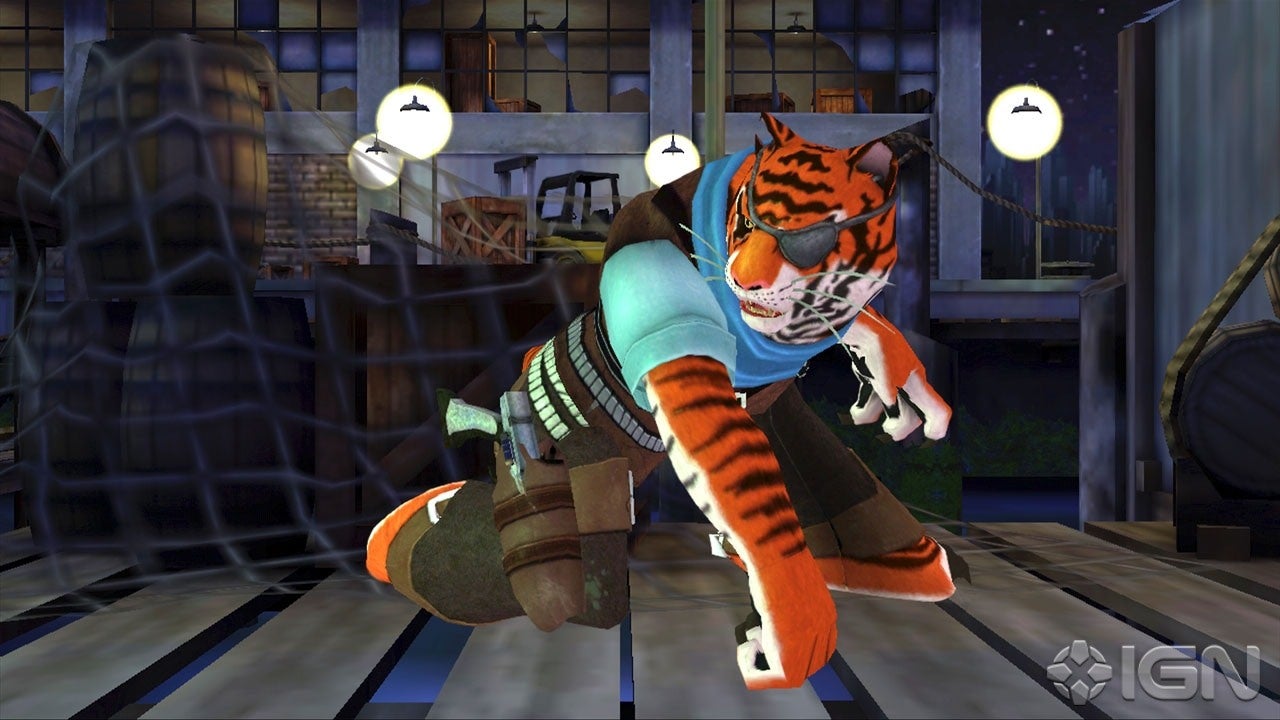 Perhaps the biggest issue I had with Teenage Mutant Ninja Turtles: Danger of the Ooze is that it’s incredibly generic. Yes, it is an adaptation of the current and popular Nickelodeon TV show, but there’s little actual life and soul to it. It feels like a competent but rudimentary 2D action game with the various skins of characters from the Ninja Turtles universe draped over it.

So much of the appeal of the Ninja Turtles universe is seeing how its characters all interact and work together to solve problems, so of course none of that is represented here. In Danger of the Ooze, characters like April O’Neil and Leatherhead only ever appear for brief scenes, typically just long enough to warn of danger and reward the Turtles with new abilities. The story itself isn’t much more than a half-baked goose chase of trying to keep a mutagenic weapon out of the wrong hands, and these random and poorly lip-synched character appearances only add to the insult when they play out like obligatory nods at best. A complete lack of personality makes the attachment of the Turtles’ characters and the expectations they carry with them a detriment rather than a bonus.

The direction developer Way Forward took with the action and character progression, however, is one I really appreciated. Danger of the Ooze is a game of the “Metroidvania”-style level design school, meaning that new areas of the map become accessible as you unlock new abilities that allow you to overcome obstacles.

The pace at which new abilities unlock works really well, with a natural buildup of each taking place throughout. Controls are the same across each of the four playable turtles, although they do have distinct moves and combos fitting their weapons.  Throwing stars come first, followed shortly by dashing, double jumping, and a handful of other upgrades necessary for not only fully exploring the map, but also making combat much more approachable. Throwing stars are eventually upgraded with shock and incendiary properties, while the turtles’ powerful special attacks and the ability to dash, double-jump, and climb rough surfaces allowed for varied options in traversing the map. It all unfolds fairly seamlessly, with each ability building on the last somewhat significantly.

This feeling of power was refreshing, but often undone by the infuriating amount of backtracking and lack of meaningful checkpoints throughout the map. Backtracking is definitely an integral part of this style of game, but traversing all the way across the map only to die and be reset at the opposite end happens too frequently.

Deaths weren’t cheap, at least, as there’s an obvious amount of care poured into each enemy encounter, with a wide variety of enemy types and attack patterns. Different Foot Ninjas attack with varied ranged and melee attacks, certain Kraang enemies can follow movement and fire weapons virtually everywhere, bosses have nicely varied attacks and weaknesses, and a nice mix of both on-foot and aerial enemies makes each encounter feel like its own sort of challenging puzzle. But once you’ve figured a puzzle out, solving it again becomes a chore, and constant respawns mean having to fight through the same encounters every time you backtrack across the streets of New York and the sewers beneath. Each pass through the same location became more tedious than the last, and even though Danger of the Ooze is only five hours long, it wore thin quickly.

These design choices left me wondering what audience Danger of the Ooze is meant to appeal to. It’s much too difficult for children (there’s no easy setting), and while I enjoyed some of its harrowing challenge as an adult fan, its meager service to the source material is a constant disappointment.